Update: Memorial LODD List
The Line of Duty Death memorial list is a relatively recent creation.  Prior to the compilation of the list, members lost in service to the fire department were noted in the fire departments annual reports.  Often more detail was recorded by local news sources.  Until the recent past the department did not maintain a list of these names.  The research and efforts of several members of the fire department were joined together to generate the LODD list as it stands today.  These members spent countless hours pouring through newspaper microfilm and old department reports to gather as complete a list as possible.  From time to time names of firemen past that made the ultimate sacrifice are still uncovered.  This update represents one such situation.
The company diary pictured below was being utilized to research The Gay Fire.  This fire was the deadliest single event in history for members of the CFD.  Five firemen were killed that day on December 11, 1880.  The diary records the time of the event and the names of those firefighters lost.  It then goes on to note that "Eve Stewart died the same night from injuries from Box 21 on the 8 December while putting the Engine No10 to work."  A later entry for December 14, 1880 further indicates that "Eve Stewert on this afternoon was buried."  The LODD list will soon be updated to reflect the addition of Stewart's name.
Ephriam Stewart
Engine Co.10
Stoker/Former Captain
LODD - Dec 12, 1880 from injuries received at the scene of a fire at the Gould, Pearce & Co
(3rd & Culvert Streets) December 8, 1880.
Stewart was struck in the groin by a brass connection while separating hose from a hydrant.


This is the original article in the Cincinnati Enquirer that notified the public of the death of Stewart:
﻿

Cincinnati Enquirer: Among the Ruins, The Scene of the Horrible Holocaust
Article Date 13 Dec 1880

This Cincinnati Enquirer article conveyed the story of the Stewart and his life and death.  Stewart was said to have been the third man sworn into service of the paid fire department.  At the time of his death he was the oldest member of the CFD.
﻿ 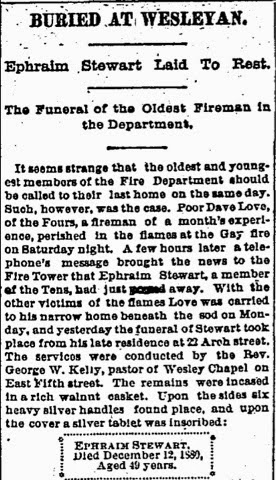 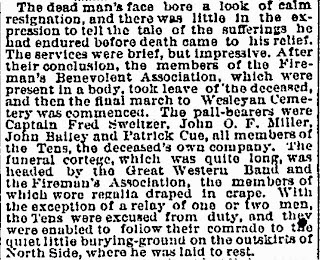 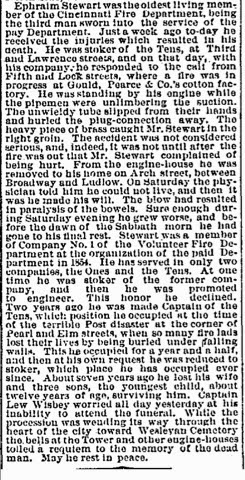 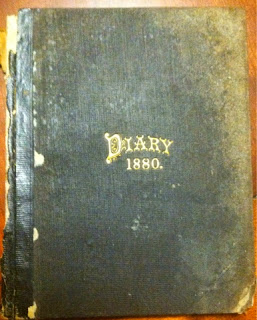 Engine Co.19 Diary - Bill Houston Collection
The entry for December 11, 1880 records the deadly results of the Gay Fire and notes the passing of firefighter Eve Stewert.  On December 14th it is also indicated that he was laid to rest. 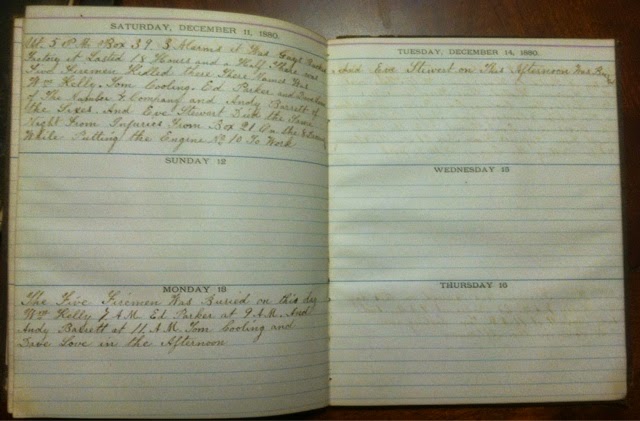 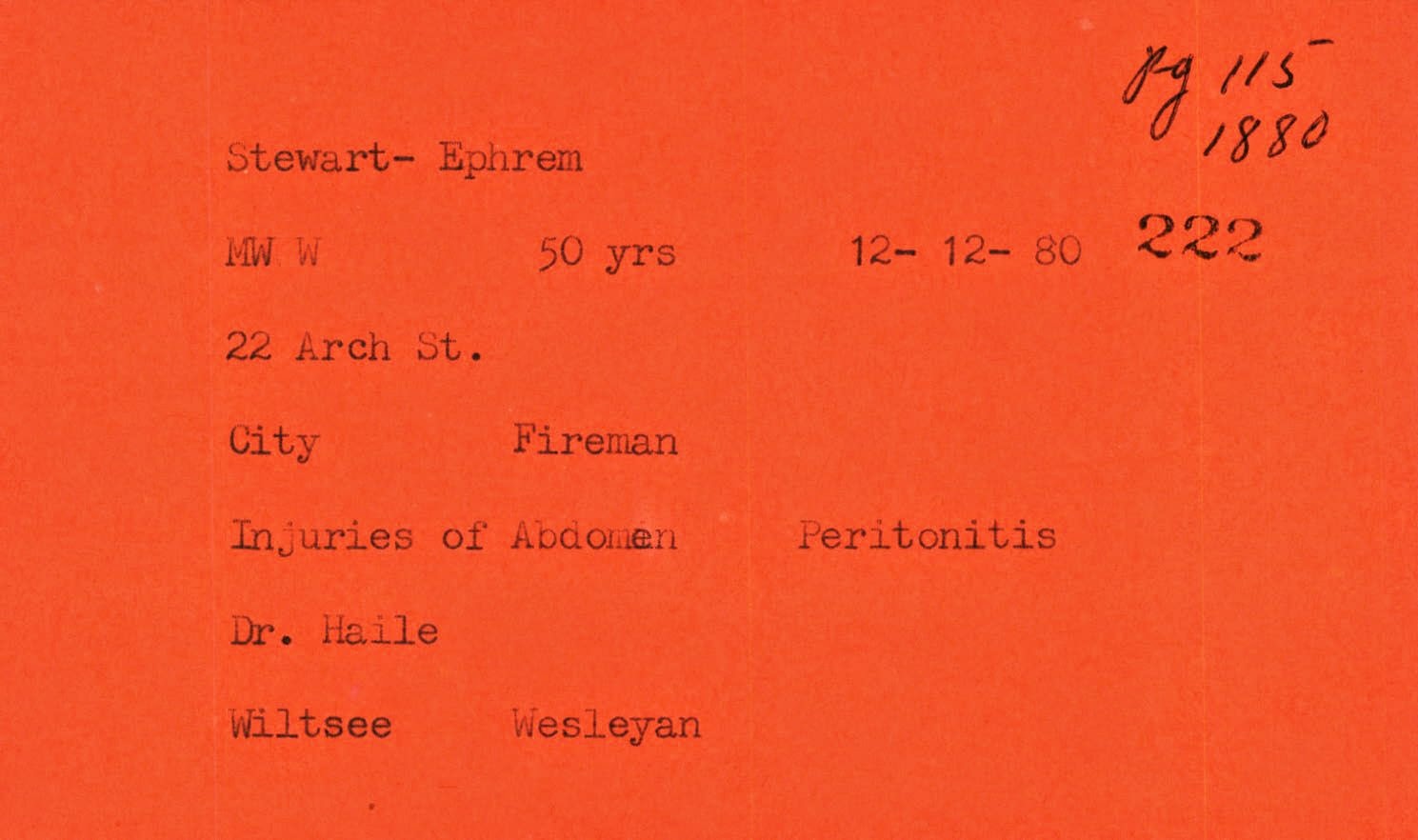 The Cincinnati Steam Mill Fire of 1823

History records an early fire of substantial proportions which struck Cincinnati business interests in November 1823.  It was at this time that the great 9 story steam mill that was situated on the Ohio River was destroyed by fire.  By this date Cincinnati was rapidly rising to assume its place as the greatest of the western frontier urban centers, surpassing competitors such as Lexington, Louisville, and Pittsburgh.  The country and the west in particular was pulling itself out of a significant economic depression brought on by the end of war between the relatively new United States of America and the British.  Because Cincinnati relied more on its commercial interests than its industrial base it was faster to recover than its key competitors in the region.  Ultimately its recovery by the mid-1820's pushed the city into its leadership role among western urban areas.  City directories boasted of the 9 story stone steam mill on the river.  The buildings size served to some extent as a symbol of the potential of the city itself.  Visitors would arrive by river and immediately pass under the large structure.  By the time of the fire the city had grown substantially and with its growth came an increase in the problems faced by any urban center.  One of these problems was fire and how to ensure it would not sweep away the town and all its interests.  The burning of the Steam Mill further demonstrated to leading citizens the need for improvements in the cities fire protection capabilities.  This and other such events gradually generated a drive among the population to push city leaders to demand more authority in the realm of fire suppression and control.

Specific dates for this incident are varied.  The CFD History written in 1895 indicates the event took place on the 23 of November, The resource below shows the date as the 3rd of the same month, and still another source book of extra alarm fires in CFD history has the date as the 28th of November.  Thank you D.Jones for correctly pointing out that additional research regarding the specific date of the event is required. 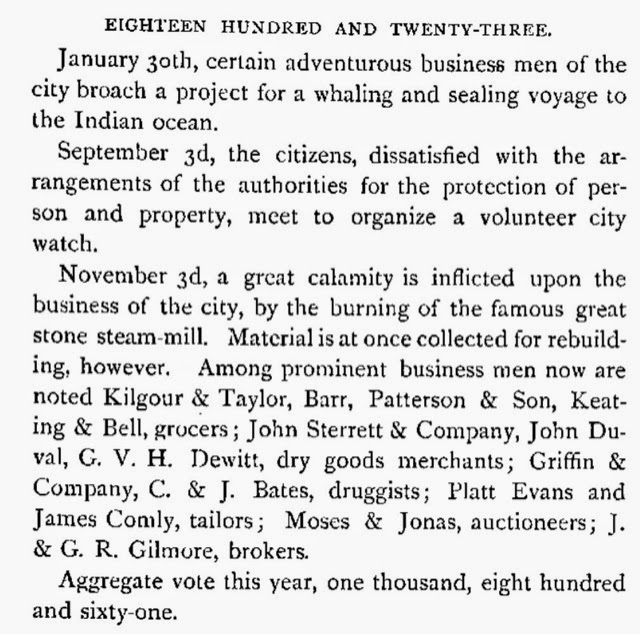 An early image of the Cincinnati waterfront.  The steam mill can be seen on the far right of the picture and must certainly have been the dominant structure visible on the riverfront. 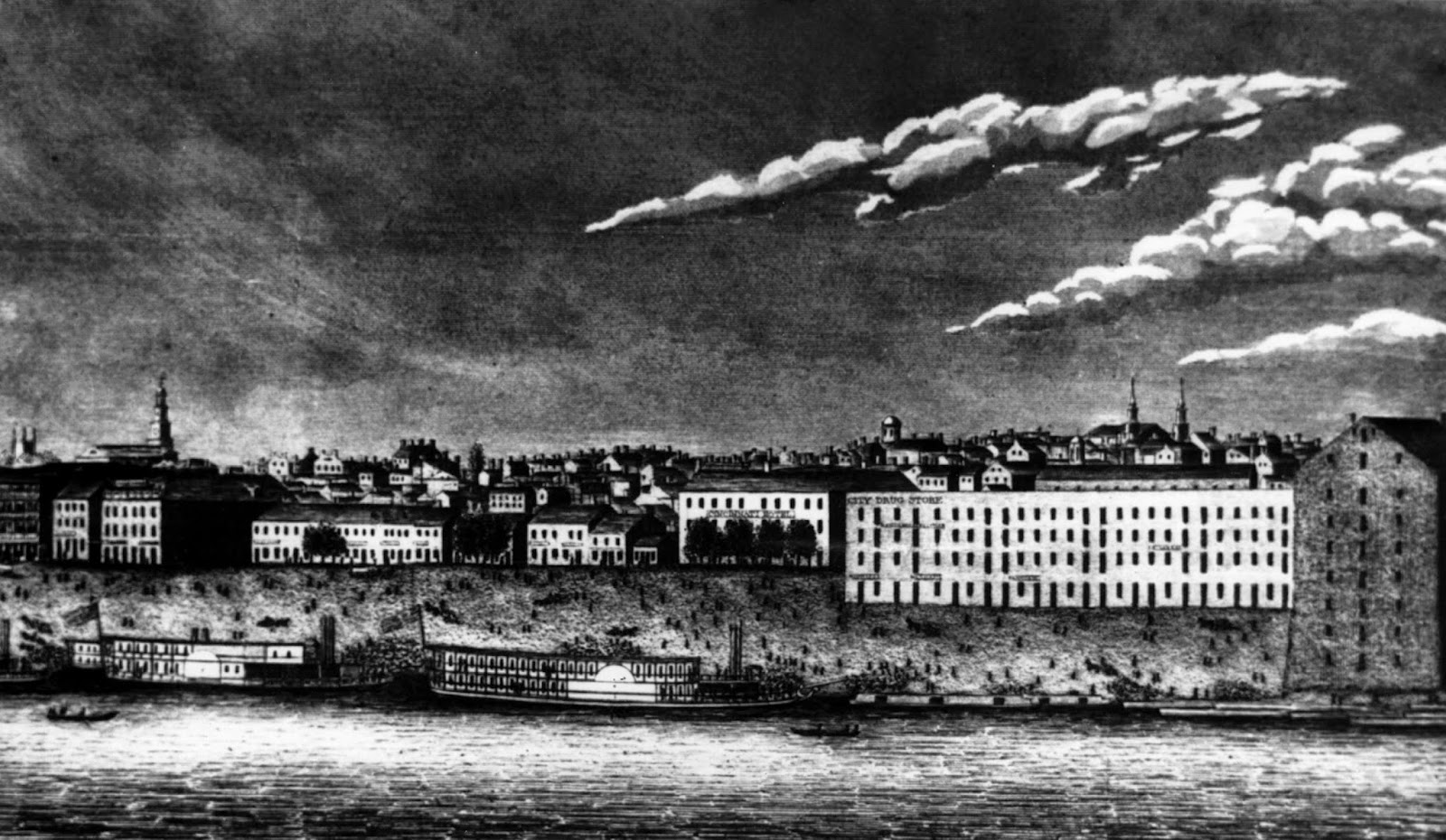 An 1815 plan of the City of Cincinnati lists the large steam mill prominently as the first structure on the list, an indication of the buildings importance. 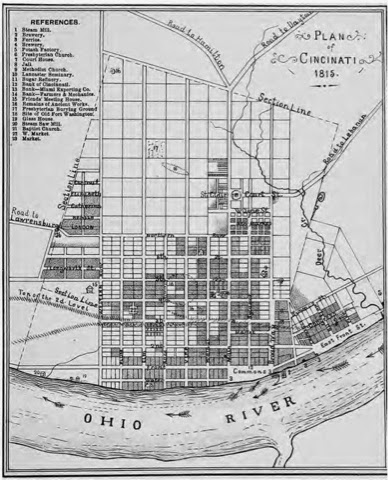 Comments and conversation regarding this and other posts are welcome.
Thanks for reading!